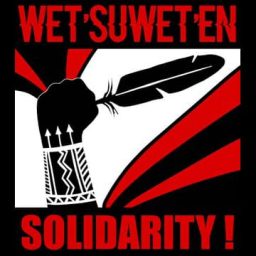 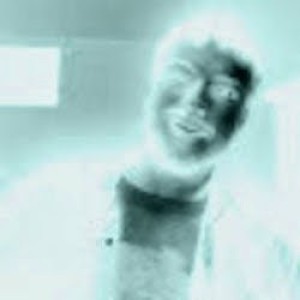 "Listen to First Nations, Not the Mob"??

Stories go back and forth on the difference between “traditional governance” systems of indigenous peoples versus the “treaty council” system.

In British Columbia, all the indigenous peoples refer to the land that belongs to them as “traditional unceded territories.”

Coastal Gas Link (CGL) is attempting with the BC and Canadian governments to force through an LNG pipeline. They want to actually drill underneath the Wedzin Kwa, a river in 2021 still safe and clean to drink from directly. CGL wants to do so as fast as recklessly possible, and the RCMP are 100% on-side.

They consider oil spills in clean water as an aspect of profit generation, rather than as collective insanity with respect to the climate crisis.

I will leave it to the reader to ponder that to this day “the succession of kings” is all spelled correctly, but if you type “unceded” most automatic spell checkers want you to think the word doesn’t exist.

That constitutes the literal literary erasure of what this place means to those original inhabitants and how the settler state imposes its position.

Plenty of conservative news sources like to refer to “First Nations” as an undifferentiated blob of support for Canada and any hereditary chiefs and their allies are referred to as “mobs.”

And after they do, people without adequate knowledge of history announce like they’ve stumbled on the final solution all on their own:

They might say, “So what’s true if you ask both sides?”

“Isn’t it true the chiefs are elected? Aren’t the hereditary chiefs more of a symbolic presence at this point?”

The thing about the Indian Act is the Canadian government authorize the chiefs only by force, making the “Potlatch” illegal for generations.

The goal was to displace the traditional, unbroken, real democratic consensus of the preexisting nations. It was to insert by invasion the “Canadian Way.”

In the form of provincial jurisdictions, municipality systems, and “crown land” of which upwards of 90% of non-municipal, non-reserve BC land is crown land. It exists between and around all of the municipalities.

Crown land exists to serve the commonwealth, but should just be given back, in an instant. If we listened to the UN and local indigenous nations, Canada could be really “conceding back” the “unceded” territory.

Concede! In the name
of #LandBack and
#IndigenousResistance

Their preexisting system was democratic, was consensus based, and was the system that existed for thousands of years here.

In an historic instant of profound violence, Canada and BC broke the Potlatch feast system, suppressed the practice of indigenous languages, managed the residential school system, and made their cultural and political organization factually illegal.

This Genocide is True Canadian History

After these chronic, fundamental disruptions of the preexisting systems of governance came the history of instituting the elected band councils. First, the land was unceded, then there was genocide, and then there were false treaties no indigenous culture ever signed (in BC especially).

This is one way the elected councils are utter bullshit:

Many people are compelled to run for office, so the divisions created by a first past the post election process cause councils to not represent both the majority of reserve residents and the traditional governance system.

This Story Rejects Tradition,
Not Assertion of Democracy

In these ways and more, the Indian Act and BC government interfere with meaningful reconciliation. The old religious and colonial explanation was to assert simply that the hereditary governance system as evil, uncivilized savagery.

That doesn’t refer to individual personal hereditary title, handed down from father to son, which is a very common misconception of the original governance system. This misconception is employed to discredit the tradition, by asserting the Elected Band Council system to be “obviously more democratic.”

However, traditional governance is not handed down name to name to the exclusion of the rest.

Hereditary systems of governance to BC First Nations constitute the long lasting traditions and ways of a people. Canadian democracy is (supposed to be) one of those too, right?

The CGL Story is a Rejection of Womanhood

CGL and the BC NDP held their so-called consultations for informed consent by negotiating directly with the band councils installed by the Indian Act but not the hereditary chiefs.

The Supreme Court of Canada holds that the true leaders of the Wet’suwet’en people are the hereditary chiefs. This has been acknowledged since the Delgamuukw v British Columbia decision heard between 1993 and 1997.

It’s essential to note the Indian Act authorized only men to be chiefs. Indigenous leaders were traditionally matrilineal; thus imposing the Indian Act directly connects to a thousand years of violence against women.

In 1300, “witches” were burned alive in Europe. By 1800, only doctors were allowed to perform births but only men were allowed to be doctors. White women were given the vote in Canada in the 1920s but indigenous women were disallowed to vote until 1960!

That Was Direct Violence
Against Non White Non Males

It’s all just “crown land” to the RCMP, CGL, and the Feds. That is, until they do something about affirming the valid legal decisions of their own courts.

It’s a matter of Provincial and Supreme Courts, Provincial and Federal Governments, the RCMP and CGL, along with all settlers proving themselves as genuinely ethical in their actions.

If we take the courts at face value, along with the consensus of the United Nations, this is no longer a matter of “proving” who is in control and who is rightful holder of title.

We have to think together:

By now that task is complete. Now is time for justice.

It All Comes Down to "Section 35" Rights?

Preexisting Rights That No Longer Exist!?

And I am sure as absolutely frigid Pluto that these incorporations actively resist justice. They fight in court against the notion of rights “that did exist” for thousands of years. At least that’s the fundamental scope and efficacy of their perpetual arguments in Provincial and Supreme Courts:

“We have a system now existing, and we insist in this charter to respect our existing state of authority and land management while we toss out every critic. Critics that clearly belong to the mob.”

That so-called “now existing” status quo is just an imbalance. It refers to the benefits for Canadian settlers of the “treaties.”

In effect, the treaties simply mean “we get free use of the crown land, and you stick to your reserve land.” If the situation wasn’t put like “your power is left to the rez”, then the courts wouldn’t grant these  injunctions.

Especially when they go against countless local and international legal frameworks.

Especially when the RCMP defends resource extraction and violence upon traditional societies occupying their own land with their own preexisting title.

So that’s the essence of how the Indian Act and treaties override traditional governance by imposing the elected band system.

Violence rendered to the Wet'suwet'en by CGL and the RCMP comes down to imposing what Section 35 calls "respect" for the treaty system.

Rather than respect, I argue they are passionately upholding of the intentional and methodical destruction of the Potlatch system.

Ask me something.
Or read my controversial Philosophy Blog.

This sight happens to be a dynamic construction.